The annual celebration “La Fiesta de la Cruz del Llano” takes place in the neighbourhood El Jesús, in the area of El Pinar, at the crossroads of that same name. La Cruz del Llano is the urban settlement with the highest altitud of the island. Its festival was reinstated in the 1980s, after having been forgotten for over 55 years. The recovery of this event, at the initiative of the local population, was done maintaining the traditional decorations, to recreate the celebration as it originally was. Food and drinks are distributed freely among the visitors, as was done in the old days. In honour of this religious festival, both crosses that can be found in the vicinity are decorated by the locals. In 2014, a new square was inaugurated, in memory of the past, when the people would rest here for a while, after continuing their journey on foot. 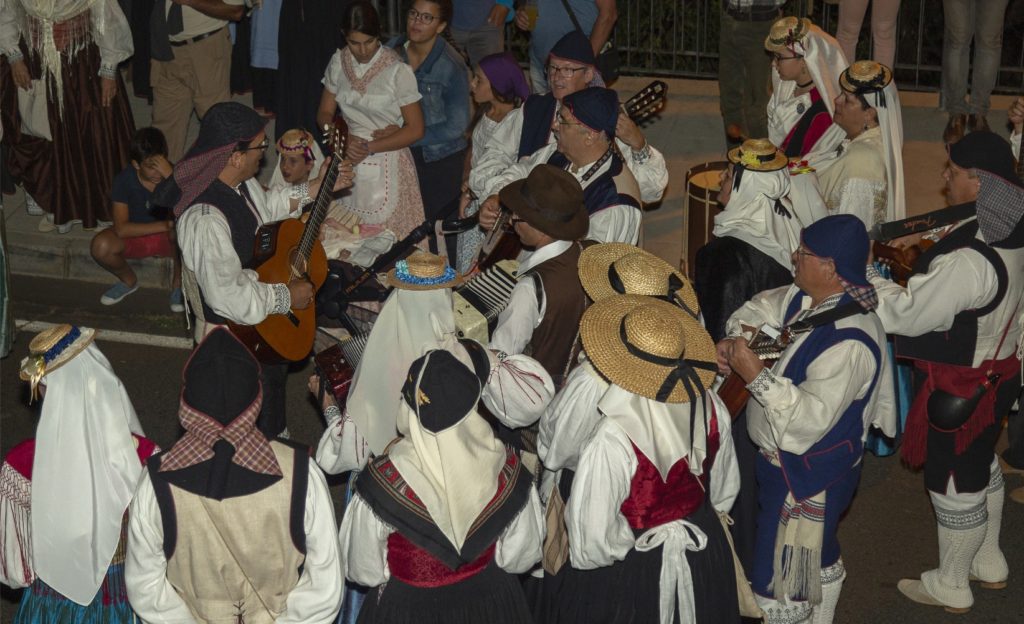